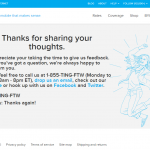 Full disclosure: I’m a big fan of Ting, I’m happy to report, especially when combined with a free Google Voice number. More on my recommended setup below*

Second, Ting appears to be using (below) a pretty classic “Net Promoter Score®” model, based on Bain & Company’s The Ultimate Question 2.0.

First, the email: here’s mine in Gmail: 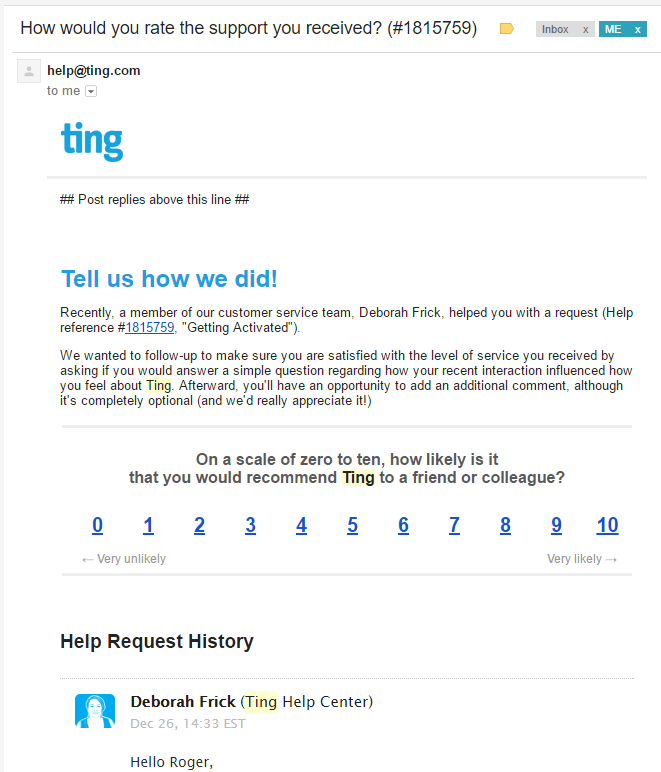 Next, the survey itself: 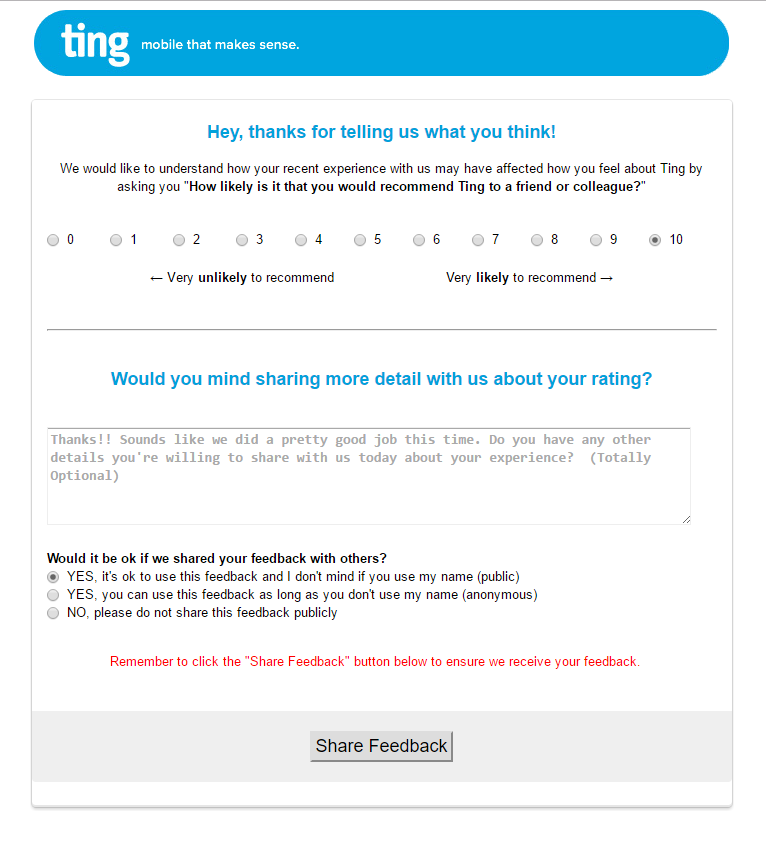 Finally, the thank-you page. Nothing fancy, just a thanks and note of appreciation. This could have been a chance to upsell / cross-sell, and since they knew it was a positive review, added social sharing, referral tools – like our software does. Maybe I’m biased, but a happy customer probably would have referred / shared right then and there.

While I’m a big fan of the Net Promoter System® I do think the system can be improved upon for marketing – more important than what people _say_ they’ll do is what they _actually_ do. Actual referrals and actual promotion is more important than someone who says they will promote and refer. 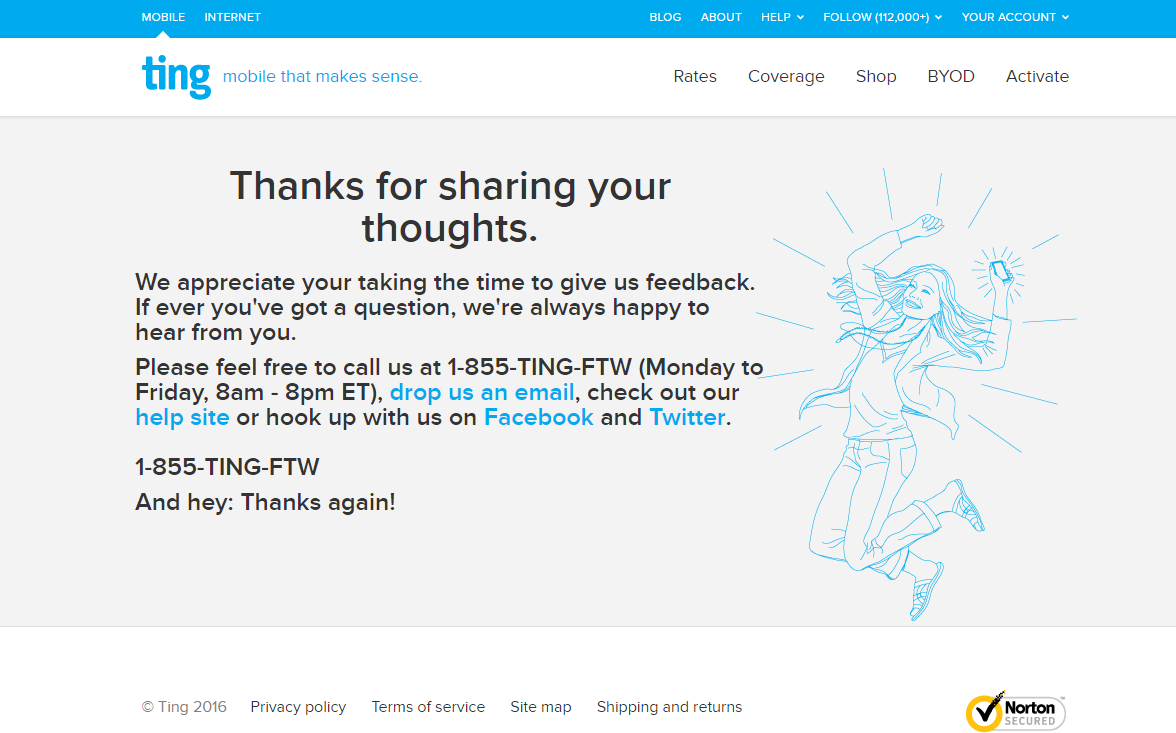 To get started with our Customer Advocate Marketing Software, check out Swiftcrm.com/customer-satisfaction-software

*If you switch to Ting, I’d love it if you’d use my affiliate URL at https://zn2flt1aaj4.ting.com/ – they’ll flip me some bucks on phone credit. I really did rate them a 10, which is saying a lot, before even deciding to write this post. They truly earn it. Also, money is not why I recommend them, I use them personally, as does my son, and my bill went from $74/mo @ At&t to ~ $23/mo @ Ting. I have not been paid to endorse them.

Related to that I’m a big fan of (Free!) google voice – my one number rings my house land-line (via $50 one-time Obihai, allows old-school phones to work over the internet), my mobile (Ting), and my computer(s). Voicemail is transcribed and all in one place, and if I travel even overseas, I can still get calls with no interruption. Last, Ting, via Sprint towers, on a nexus at least, shows only my Google Voice number (just install the free google voice app on any android and it’ll “take over”) – so people only see (and call back) the correct google voice number. I was not paid by Google voice either – just a fan and it’s a slick setup, compared to having to dial in for voicemail and/or multiple separate voicemails.

SwiftCloud is not affiliated with, nor endorsed by Net Promoter systems or Bain & Company.

Click here to take a 100% Risk-Free Test Drive of SwiftCloud and see what it can do for you.

SwiftCloud.AI is a business software suite and custom business software agency. We are excited by “boring” software – electronic signature, e-Waivers, webforms, chatbots, CRM and more. Over time, we are folding machine intelligence into everything we do.

Have any questions? Let me know - we're happy to help.

Hi! I'd be happy to schedule a demo for you, when's good for you?