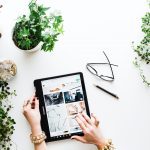 A few years ago, organizations and individuals struggled to mail contracts across oceans and over mountains. Today, things are different. Business owners, partners and freelancers can sign contracts from the comfort and privacy of their computers, tablets or even phones.

The recognition and enactment of electronic signature laws around the world began with the European Union, the United States, and other countries in 1999.

With these recognitions, contracts conducted and sealed electronically were recognized as binding on the parties and admissible as evidence by the courts.

Since then many countries across the different continents have followed suit by giving legal backing to contracts signed electronically.

The recognition and acceptance of electronic contracts and signatures have seen an explosion of e-commerce in these jurisdictions.

What is an Electronic Signature?

Although the various legislations on electronic transactions have different definitions of e-signature, they all agree that it is a legal way of acquiring consent or reaching an agreement using an electronic means.

Most people using the internet daily engage in electronic transactions without even realizing it. Sometimes by clicking on an online form where there is a provision for ‘agree’ or ‘accept’, you have confirmed to agree on the terms and conditions in the contract.

It used to be the case that in creating a binding contract, the parties to the transaction will endorse the contract using an ink signature.

An e-signature is the process of replacing an ink signature with an electronic version through the use of digital software. An electronic signature is more than simply a graphic representation of a signature, but includes a digital signature as a claim to identity along with binding agreement to terms in the associated contract.

The trend of the world economy has gone digital and almost every country has enacted an e-sign law or in the process of enacting one.

In Africa, the trend toward e-commerce is growing like wildfire and many countries have now fully recognized the legality of e-signatures and e-contracts.

South Africa fully recognized the legality of e-contracts and signatures in 2002 with the enactment of the Electronic Communication and Transactions Act, (ECTA).

Under the Act, the right of parties to use e-signatures in their transactions will be valid and given legal effect like the ones signed with ink.

The ECTA was enacted for the following purposes:

For an e-signature to be valid, however, the parties to the agreement must agree on the terms of the contract electronically.

The Standard Electronic Signature comprises any data that is intended by the signee to serve or be recognized as a signature.

To be valid, a Standard Electronic Signature must identify the signee and his approval of the agreement; time-stamped, and be proper for documentation.

The next level of e-signature in South Africa is the Advanced Electronic Signature, which comprises e-signatures that require verification to be valid.

Some of the security features of the Advanced Electronic Signature include personal identification of the signee and detection of any change in the contract.

It should however be noted that although e-signature is widely used in South Africa, it cannot be employed to execute some documents like leases exceeding 20 years, Wills, contracts for the sale of immovable property, bills of exchange, and deeds.

In 2011, with the amendment of the Evidence Act, Nigeria gave legal recognition to documents produced and signed by electronic means.

Before the amendment of the Evidence Act, it was a tall order to get the courts to admit documents produced and endorsed electronically.

In Nigeria, a valid contract can be oral, written on paper, or electronic so long as the basic elements of offer, acceptance, consideration, and intention to create a contract are present.

The courts in Nigeria will enforce an electronic contract or signature so long as there is evidence of admissible electronic records to prove the existence of the contract.

In addition to the provisions of the Evidence Act, Nigeria in 2017 enacted the Electronic Transaction Act, 2017.

The Act defines an electronic signature as information contained or attached to an electronic document and used by a signatory to adopt the contents of the document.

The Electronic Transactions Act was enacted to among other things provide legal recognition of electronic transactions willingly entered into by parties.

The Act however does not recognize an e-signature produced by a facsimile machine or by an electronic scanning device.

Cameroonian law recognizes contracts produced and signed electronically as binding on the contracting parties in the contract.

According to the Law on Electronic Commerce and Cyber Security and Cyber Criminality, contracts do not lose their validity and enforceability when produced and signed electronically.

In Egypt electronic signatures are given the same recognition as those drafted on paper and signed physically with ink. In fact, according to Article 14 of the Egyptian E-Signature Laws, contracts are not invalid when produced electronically.

Also, the provisions of Article 89 and 90 of the Egyptian Civil Code and Article 69 of the Egyptian Trade Law give legal recognition to e-contracts if the parties are of legal age.

To prove an e-contract in court, the parties must tender electronic evidence of e-signature certified by the authorities.

Finally, Egypt’s e-signature laws recognize electronic signatures and documents as legally binding on the parties and have the same force as physical documents.

Some of the security features of the Egyptian laws include the recognition of only the signatories of an e-document, the possibility of revealing any change to the document or signature, and penalties for tampering with e-contracts.

The Electronic Transitions Act of 2017 in Mozambique provides a legal framework for the validity of a wide range of electronic transactions.

The law provides among other things, the validity of transactions between two parties carried out electronically, and also any guarantee given by electronic means.

The Mozambique law recognizes the growth and importance of electronic transactions and therefore seeks to promote investments through the use of technology.

To be valid, and given legal effect, the law provides that electronic signatures and contracts must meet certain requirements.

Since the enactment of this law, there has been an impetus in transactions conducted electronically as the law has given legal protection to such deals.

In Uganda, the main law that regulates electronic transactions is the Electronic Transactions Act, (ETA) 2011. The law gives legal recognition to e-signatures and contracts.

In Section 6, the ETA Act provides that:

“Where a law requires a signature or provides for consequences where a document is not signed, the requirement is fulfilled if an electronic signature is used”.

The Act was made among others to provide for the use, security, facilitation, and regulation of electronic communications and transactions.

The Ugandan Electronic Transactions Act, 2011, defines an e-signature as:

By this definition, the ETA Act recognizes two types of electronic signatures.

The simple e-signature refers to any data which identifies a signatory concerning the approval of the information contained in a data message.

The Electronic Transactions and Cyber Security Act, 2016, in Malawi recognizes and gives legal backing to electronic signatures and transactions.

According to the Act, notwithstanding the provisions of any law in Malawi requiring any information to be in writing, that requirement shall be satisfied when made in an electronic form.

Certain requirements must however be fulfilled for e-signatures to be authentic and valid in Malawi. The requirements include:

The law goes on to provide for protection for parties in e-contracts, and penalties for those who use e-signatures for fraud.

The Electronic Transactions Act, 2019 of Sierra Leone defines an e-signature as any information contained or attached to an electronic document.

In Sierra Leone, an e-signature, like in Nigeria, does not include any signature produced by a facsimile machine or by an electric scanning device.

Section 6 of the Electronic Transactions Act, 2019 requires some conditions for certain kinds of e-signatures to be valid.

Where the law requires the signature of a person or imposes a penalty in the absence of it, the requirement will be satisfied and no such penalty shall be imposed, if the electronic signature is supported by a qualified digital certificate issued in advance.

The Council of the Common Market for Eastern and Southern Africa (COMESA), adopted a model law containing provisions for e-signatures, e-commerce, and other online transactions.

Section 7 of the COMESA model law, provides, among others, that the law will recognize the e-signature of a person if it complies with the requirements of the law.

Member states were encouraged to study the law and adopt any model of the law to be incorporated into their national legislation.

The benefits of e-signature and e-contracts are enormous and African countries cannot afford to be left behind in this digital revolution.

Nonyerem Ibiam is the founder of Law Truly and a legal consultant to many small and medium sized businesses.

We are in targeted private beta for select customers with specific needs on SwiftCloud 3.0.

SwiftCloud 2.0 is stable but in “legacy mode”; no new development is happening and all clients will be migrated fall 2022.

Take a 100% Risk-Free Test Drive of SwiftCloud and see what it can do for you.

SwiftCloud is a business software suite and custom business software agency. We are excited by “boring” software – electronic signature, e-Waivers, webforms, chatbots, CRM and more. Over time, we are folding machine intelligence into everything we do.

We are hard at work on SwiftCloud 3.0 and lead generation + lead management at the moment (Summer 2022)