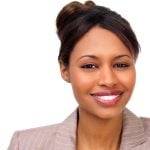 As a teenager in the 1990’s, I worked for a small TV station in Minnesota, which was owned by a radio station. It was a fun time with plenty of shenanigans and pranks in between jam-packed deadline crunches.

At that time, the major influencers were media companies. The barrier to entry was high, media was a profession, and journalists had integrity and ethics drilled into them. They cross-checked facts by actually calling sources.

For entrepreneurs and business owners, having your story relayed by influencers can provide millions in free publicity. How many cars would media darling Tesla have sold without it’s not just fervent fan base, but army of brand advocates in the media?

Pareto’s Principle applies to fame and influencers as well as finance: A tiny percentage of influencers command the majority of human attention.

Even on social media – e.g. facebook – while many posts are shared by friends, much of this is comments on or resharing of sources of influencer media.

Clients all want more eyeballs and more attention on their brands – but how many are a real story? Most are not to the general public, but hopefully something you’re doing is indeed a story inside your industry, or to your local community.

Tesla really was a story at first – a classic David vs. Goliath story – but why do they still command the attention they do? Partially it’s staying in the game, and making it easy for influencers and media organizations to run stories about them.

If your company has a product that not even your industry finds noteworthy, then you don’t need influencer marketing, because nobody is going to care – unless you piggyback on some other larger story. This is sometimes called “Newsjacking”, which is tying yours to some larger story and how they relate.

All of this is where we come in: Our story is we make software to help businesses grow. That’s it. We try to be as invisible as possible in that nobody wants our software, they just want results.

What results? With our new IMPRESS* system, you can…

* Influencer Marketing + Press Relations Engagement Software System. Hokey acronym? Check. Hey, we had to call it something, and hope you like it.

Does it work? Well, whether you’re story-worthy is up to you – but this new system does make it easier to get in the game and get started and for most smaller businesses not yet doing anything, a single pickup can often represent a very handsome ROI. For thought leaders, authors, musicians and entertainers, having this system can help prime the pump until you have a PR team of your own.

For our friends in the media world, we welcome your feedback, ideas and suggestions to improve it.

For business owners and entrepreneurs who want to try this out, we’ll be monitoring performance and working to improve your results.

To learn more about how this system can help you grow your business, see the IMPRESS product page and contact our team.

Click here to take a 100% Risk-Free Test Drive of SwiftCloud and see what it can do for you.

SwiftCloud.AI is a business software suite and custom business software agency. We are excited by “boring” software – electronic signature, e-Waivers, webforms, chatbots, CRM and more. Over time, we are folding machine intelligence into everything we do.

Have any questions? Let me know - we're happy to help.

Hi! I'd be happy to schedule a demo for you, when's good for you?